The Flexmeter Single Sided Snowboard Gloves, designed by physicians, engineers and trauma specialists. The Flexmeter Single Sided Snowboard Gloves have dorsal protection on the back of the wrist to disperse the force of an impact up the forearm, by putting the pressure on the forearm instead of the wrist. The plastic shield and straps act like a shock to absorb the force of the impact.

Scientific Study on the Flexmeter Snowboard Gloves with wrist protection

When you fall, it will typically be on your wrists and it's usually a hard landing on the heel of the hand. The wrist goes into hyper extension and compression, resulting in a fracture. With the Flexmeter snowboard wrist guard gloves the hands are prevented from being outstretched, and therefore not subject to a reverse extension injury. Scientific studies have shown the effectiveness of the Flexmeter snowboard wrist guards, reducing the risk of injuries by 67%. 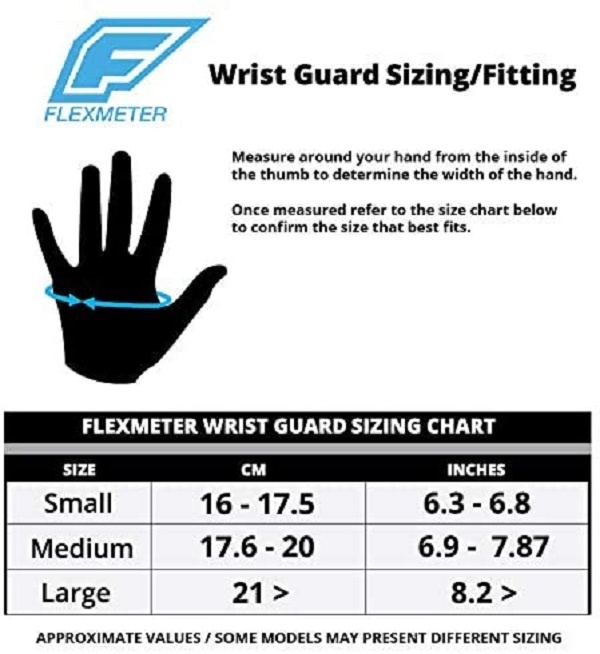